James was born March 11, 2010. He was our second child and arrived the day after his due date with no complications weighing 8 lbs. 7 oz.  Around the age of 4 months, we began to suspect that James might have some developmental issues.  Our pediatrician was not worried and thought that James would outgrow the hypotonia as many children do. James also had terrible reflux which was controllable with Zantac.

At 6 months, we were referred to a developmental pediatrician but learned very little from him. It was however, the first time we had heard words like chorea and athetiod to describe the way James reached for things. Our main concern was that at 6 months James was nowhere near sitting up and was very floppy. We were also beginning to see signs of a movement disorder. James started getting PT and OT weekly at our house but we still had no idea what was causing the hypotonia and movement.

In the years since this we have traveled to Johns Hopkins to meet with Dr. Ronald Cohn who ran a hypotonia clinic and we have flown up to the University of Rochester to meet with Dr. Jonathan Mink, a pediatric neurologist specializing in movement disorders. James has had 2 MRI’s, 2 EEG’s, a muscle biopsy and a spinal tap, and all of these tests came back normal. 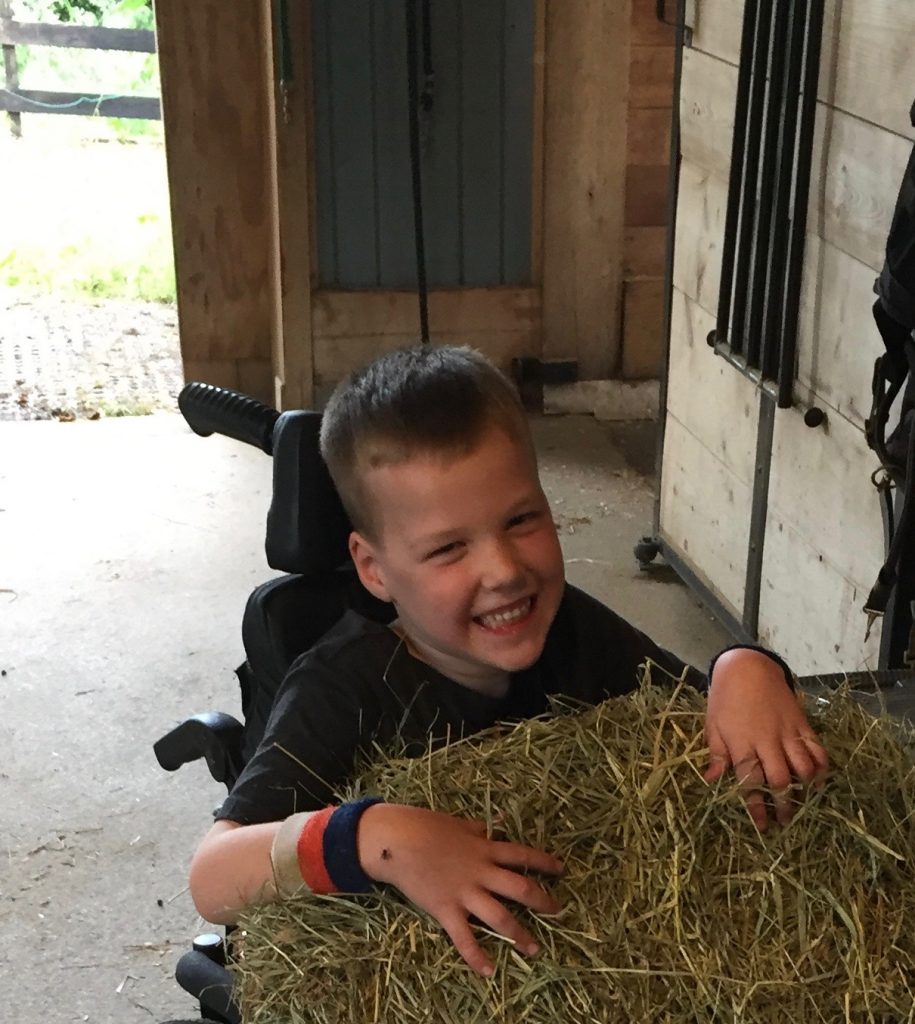 We tried several medications but we found Tetrabenazine early on and quickly saw improvements in James’ movement. James has been on Tetrabenazine since 2013 with only slightly dosage increase and he continues to react well to the medication.

In the spring of 2015, we decided to have a full genome sequencing completed with low expectations of any results. The results of the genome sequencing indicated a mutation in gene GNAO1 which was believed to be the cause of James’ movement disorder.  At the time, there were only 6 other children identified with the same genetic mutation. All of these children with the mutation in the same location were seeing success from either taking Tetrabenazine or had undergone deep brain stimulation (DBS). That fall, James’ movement changed and he began to develop dystonic movement causing him significant pain often leaving him crying in agony. James’ arms would tighten up and become completely rigid. As a parent, it was a hopeless feeling as there was nothing we could do to ease his pain.  Given the situation, we started to explore DBS. We live in Charlottesville, Virginia the home of the University of Virginia medical center where we met with Dr. Jeff Elias and the DBS team in December of 2015. The DBS team decided James was a good candidate for the surgery which was scheduled for February 2016. During the DBS evaluation meeting, a neurologist specializing in movement disorders asked us if we would be willing to try a medication in advance of the surgery date. James was in tremendous daily pain so we were willing to try anything. James began taking Artane and within days he showed significant improvement. The dystonic movement disappeared and James returned to his happy normal self. We canceled the surgery. 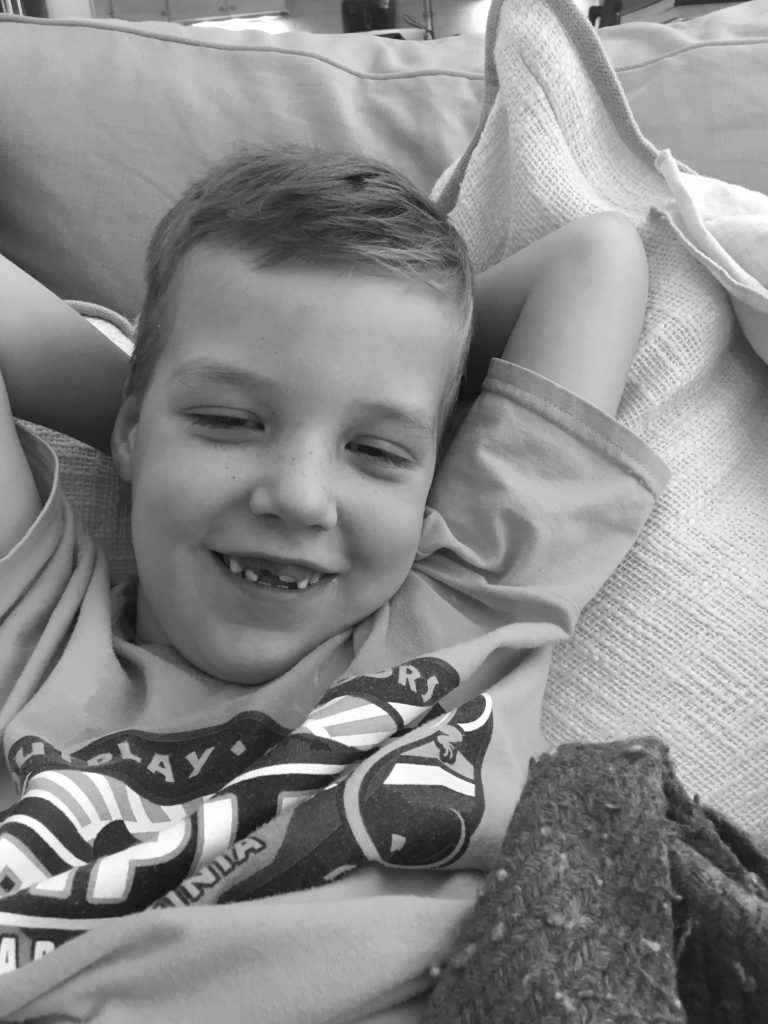 Today, James is one of the most loving and caring children I know. Of our three children, Brooks (9), James (6), and Harper (5), James has the most outgoing personality. James is always eager to play and despite having to go to PT and speech weekly after school he never complains. James has one of the most amazing laughs I have ever heard and puts a smile on everyone’s face that he meets. James is in 1st grade at our local elementary school and has an amazing aid that has been with us for over a year. James uses an Accent 1000 to communicate at school. His teachers are teaching him to read with the device and they have added jokes which he loves to tell. James gets around using a manual wheelchair in the classroom but also has a power chair at school for longer transitions. James understanding EVERYTHING and does an amazing job communicating his needs with his limited vocabulary or using his talker.

At home and in smaller setting James crawls to get around as he is unable to stand or walk unassisted but continues to make progress (he just started using the tread-mill in PT!). James is a typical 6-year-old boy who loves Star Wars, wrestling with his brother, watching sports and playing outside with his neighborhood friends. James also loves to ride horses and when you ask him what he wants to be when he grows up he says he wants to be the quarterback for the Denver Broncos.