Annabelle was born on November 6, 2015 a healthy, beautiful girl. She was developing appropriately until about 6 months of age; at this time we noticed she was missing developmental milestones. We voiced our concerns with the pediatrician and, at 9 months of age, she was referred to a neurologist. She wasn’t sitting, crawling, or babbling much. We were told it was benign hypotonia. At her first neurologist appointment, she was referred for physical therapy and several labs were ordered. In August of 2016, Annabelle began physical therapy weekly. Her blood work for SMA came back negative and her other labs came back normal. We followed up with her neurologist in November, who ordered an MRI and more blood work. Her MRI came back relatively normal for her age (12months) and her blood work came back normal.

In January, I became pregnant with Annabelle’s little brother. Daniel and I decided to have genetic testing done on the baby, since we weren’t sure what was going on with Annabelle. At my prenatal genetic appointment, the counselor recommended we meet with a genetics physician for Annabelle. We followed up with her neurologist every 3 months and she continued to run blood work on Annabelle; all the tests were negative at this point. Her genetics physician ordered the TRIO WES test for Annabelle, Daniel, and myself. After fighting with insurance to approve the test, we finally had our blood work drawn. We were told the test takes about 8-12 weeks for results; however, I received a phone call with results at about 4 weeks. 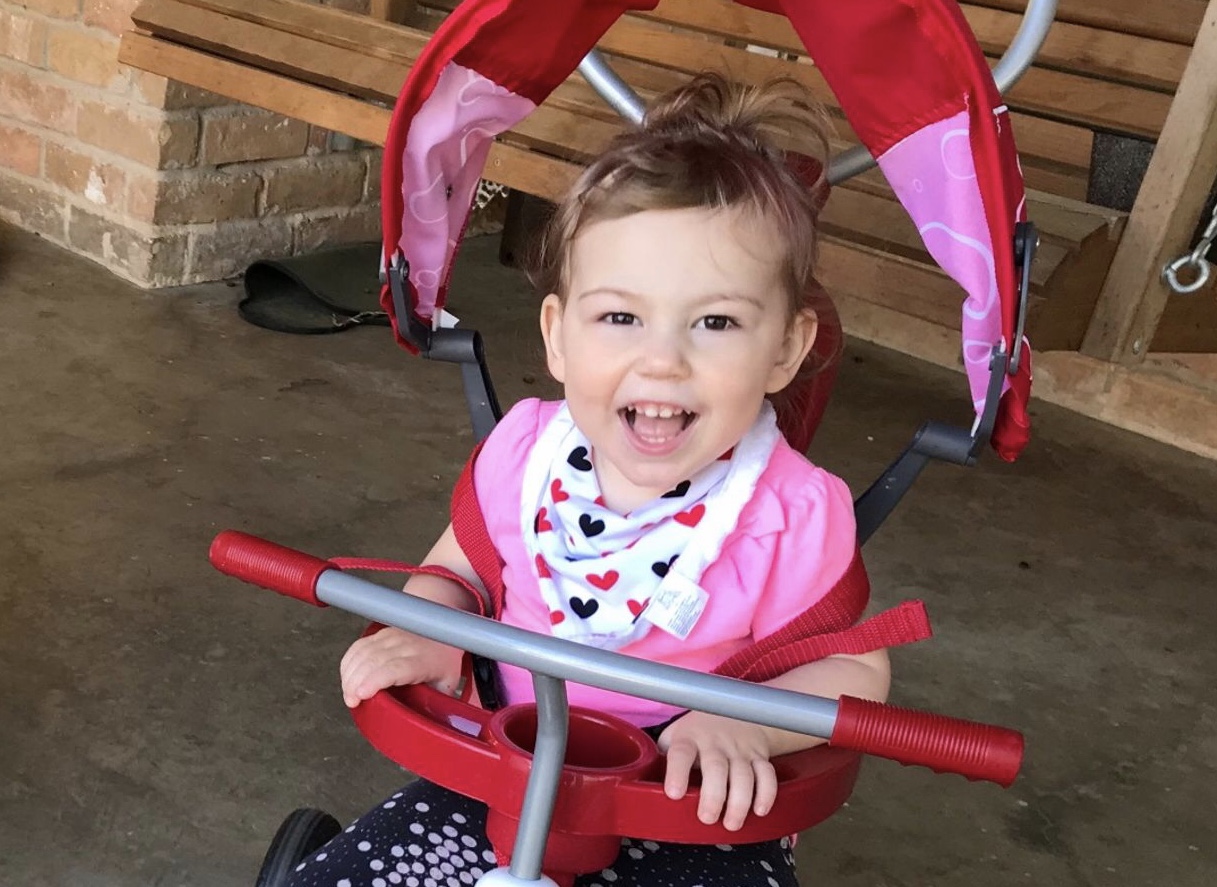 I was 35 weeks pregnant and driving Annabelle to therapy when I received the call from Annabelle’s genetics counselor with the WES results. The counselor told me that they have found the source for Annabelle’s developmental delays. She proceeded to tell me that Annabelle had a GNAO1 mutation, and there were only 8 reported cases in the world, all females, and the oldest was 18 years old. The only question I asked was ‘what is her life expectancy?’ The genetics counselor couldn’t answer that question for me. I hung up with her and immediately called my husband hysterically crying. I couldn’t lose this beautiful, sweet little girl. That night Daniel and I searched the internet for anything we could find about GNAO1 mutation. We were surprised to find there are 50 children in the world with her mutation, boys and girls. We connected with families through a Facebook group and email. We met with Annabelle’s neurologist that Monday. Since the mutation is so rare, she didn’t know much about it. That week we also met with her geneticist. He was also not very knowledgeable about GNAO1.

We have continued to connect with families through social media, and have received much more information about Annabelle’s diagnosis. There are about 100 children diagnosed with a GNAO1 mutation; there is a broad spectrum of symptoms, depending on the variant. Some variants are known to cause seizures, and some cause movement disorders. Every child diagnosed seems to have some sort of developmental delay. There is currently no cure for this GNAO1 mutation, but our goal is to change that through fundraising to give money to research to try to cure her. Annabelle currently attends physical therapy three times a week, occupational therapy twice a week, and speech therapy twice a week; totaling seven therapies a week. Therapy seems to be Annabelle’s only treatment at this time. She does have hypotonia; she isn’t talking or walking independently, but she is the hardest working little girl! She has made incredible progress and we pray that continues. Annabelle can now scoot and crawl around the entire house, getting to where she wants. She can get into a sitting position from lying down, she can pull herself up to stand, she is walking beautifully in her walker, she can feed herself, and she is beginning to ‘talk’ more. Annabelle is such a happy, beautiful, sweet, and funny little girl. She is one of the biggest blessings in our life and we are blessed that God has entrusted us to be her parents. 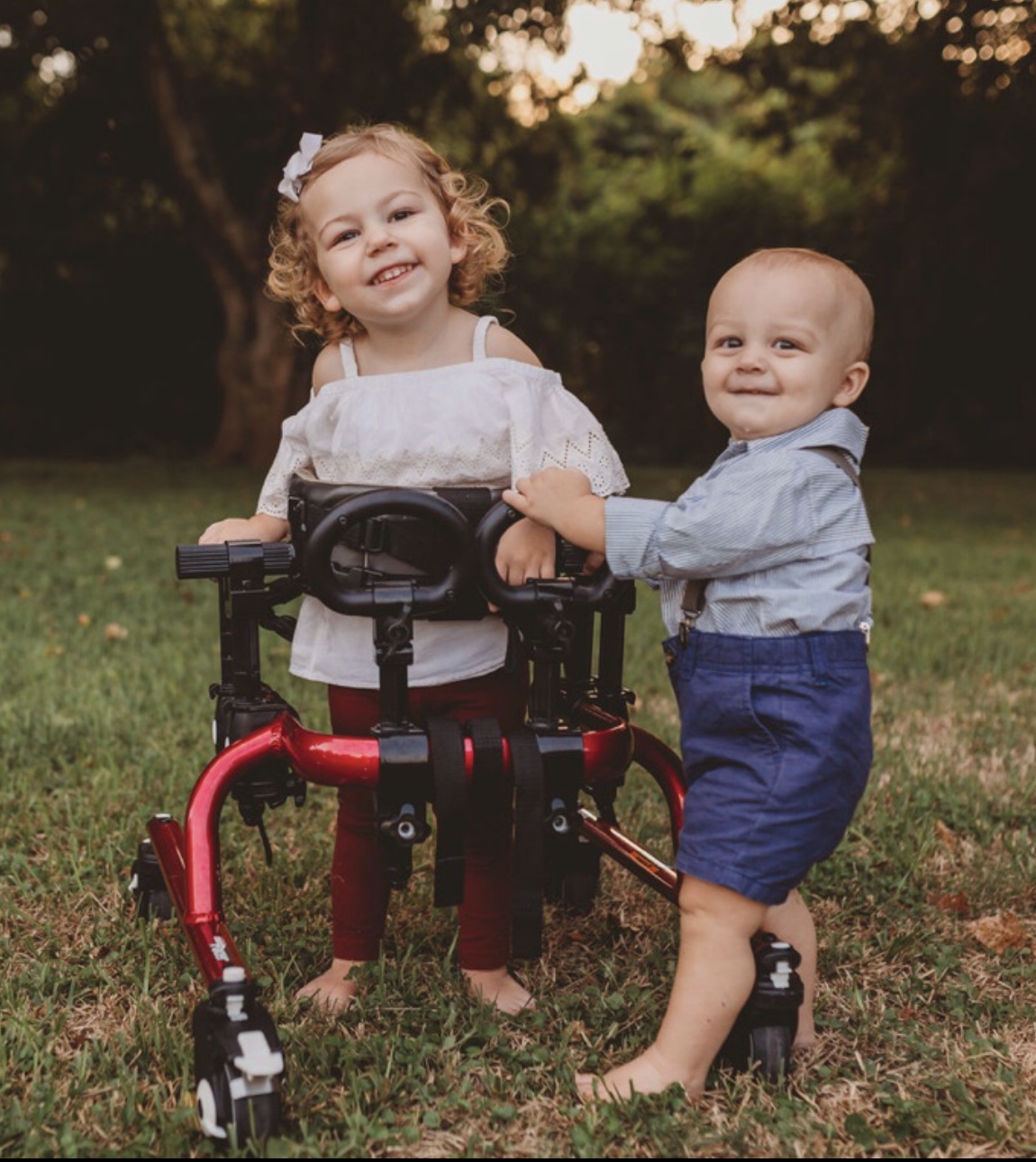