The Long Road to a Diagnosis 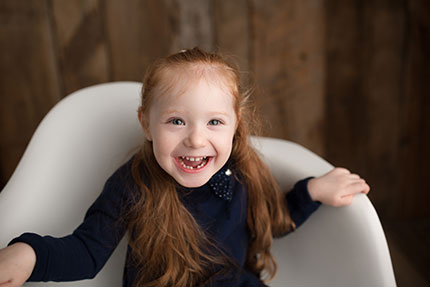 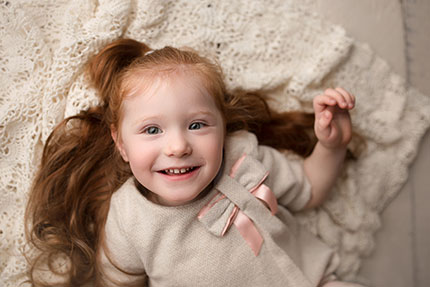 I will never forget the first look I had at Adalynn (we call her Addy) after I gave birth – she was absolutely perfect. Looking at her immediately took away any pain I had from that less-than-pleasant 22 hours of labor. We took home an extremely healthy and happy newborn baby just a few days later and started our new journey together as a family of three (four if you count our loveable pup, J.J.). As new parents, we tried to do everything by the books and were overly concerned with just about everything we possibly could be concerned with (and even some things we had no need to be concerned with!). As the worry-wart that I am, it was much relief to go to the weekly and monthly doctor checkups to hear from Addy’s pediatrician that “she looks great” and “everything is perfect.” I remember recording her milestones on my phone as she achieved them – from smiling for the first time, making adorable coo’s and ah’s to rolling over at the first time around 3 months – thinking “oh my goodness, we’re going to be those parents.”  We loved every second of it!

One thing I learned as a new parent is how difficult it is NOT to compare your child to others. My husband, Steve, would reassure me over and over again that Addy is fine as I would look at another baby Addy’s age and see that they were sitting up at 4-5 months. At Addy’s six month check-up with her pediatrician, I asked about her not sitting up – as it seemed as though she was nowhere near being able to support herself in the sitting position. Again, her doctor reassured us that everything was fine – and said if she’s not sitting up by 9 months, there may be cause for concern. Shortly after that appointment, we moved from Suburban Chicago to Indiana for a new job opportunity that brought us closer to family. It was great news for us – except for the fact that we had to find a new pediatrician for Addy, which I was not looking forward to. Before we moved, I began my search and found that most pediatricians that came highly recommended were, of course, not accepting new patients. Eventually, we found a pediatrician about an hour away that seemed to be in an office with some good doctors that we thought would be a good fit for us. At that first appointment with that doctor, we brought up our concern that Addy still was not able to sit up unsupported, and at this time she was closer to 8 months. This doctor told us to give it time and to see how she progresses, as everything else looked great with her. We went back to that doctor at 9 months for her checkup and were casually told if we were still concerned, perhaps we should look into the state’s Early Intervention program – First Steps. I immediately heeded that advice and contacted the program to see how we could get started. The first step would be an overall evaluation of Addy’s development, as she would have to be delayed a certain percentage to qualify. I remember being so nervous that she wouldn’t qualify for assistance with her gross motor skills, which would leave us back to square one in not being able to get assistance to help Adalynn sit up. After the evaluation was complete and the results were reviewed with us, I remember being in total shock that Addy not only qualified in gross motor, but she also qualified for assistance in fine motor. The recommendation was to have Addy in both Physical Therapy and Occupational Therapy once each week, which would hopefully get her sitting up unsupported by her birthday (July 3). 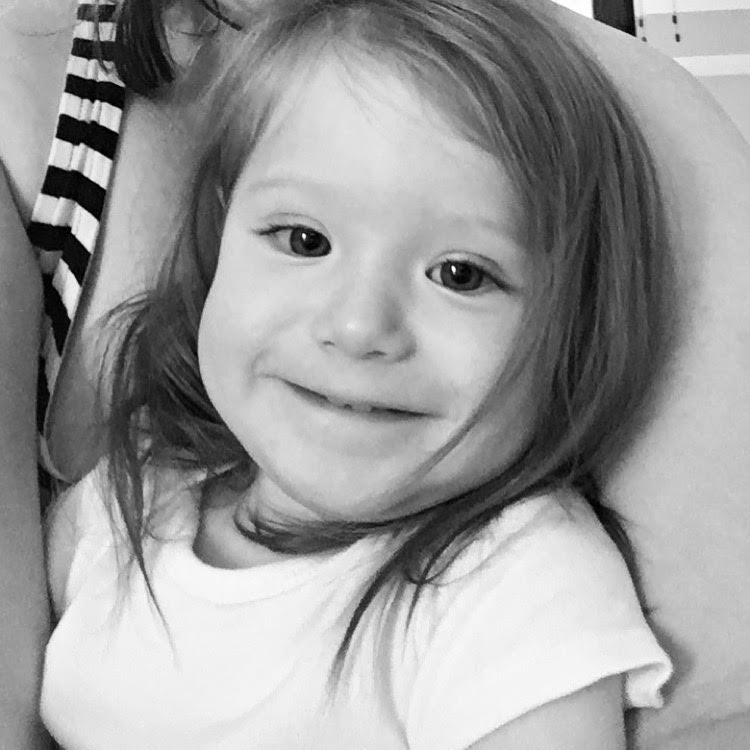 When we started Physical Therapy, we were surprised to hear Addy’s therapist mention “hypotonia” as a condition that Addy seemed to have – and she asked if she had been diagnosed with it. None of the doctors that had seen Addy had ever mentioned this diagnosis.  We spent days and nights Google’ing “hypotonia” to read more about it and wondered how a few doctors couldn’t notice that she was floppy and had weak muscles – a clear indication of hypotonia. After a few months of therapy, we met with Addy’s pediatrician around the age of eleven months to review her progress. Between visits, I had becoming increasingly concerned and frustrated with this doctor’s casual approach and perceived lack of concern for Adalynn’s development – so I came to the appointment prepared to ask for a referral to a developmental pediatrician – which was the only resource I had found in my hours of Google’ing. I also planned to explain the findings that Addy’s Physical Therapist had noticed about the hypotonia. At her check-up, the doctor said it appears she’s making progress with First Steps and to continue what we’re doing. I vividly remember getting frustrated and stating “she’s almost one year old and not sitting up on her own – don’t you think we should do something?” I then asked for a referral to a developmental pediatrician and his response was “Sure, if you feel like that’s what you should do – we can give you a referral.” From there, we got our referrals out for two different doctors (which were a 6-8 month waitlist) and cut ties with that doctor. Luckily, right after we had moved, I made an appointment with the doctor that all of the local moms raved about for Addy’s one year appointment –since that was the soonest we could get in to see him. When we met with him for Addy’s one year check-up, we explained our concerns and experiences – and asked for any recommendations he had. To our surprise (and shock), this doctor stated something neurological is probably going on (we didn’t really suspect that before he mentioned it) – and referred us to a neurologist, as he said we’d have a much shorter wait list, but could probably get some answers sooner. He did prepare us that an MRI would be in her future, along with other testing – but seemed confident in referring us to a neurologist and seemed as though he really was concerned about Addy. 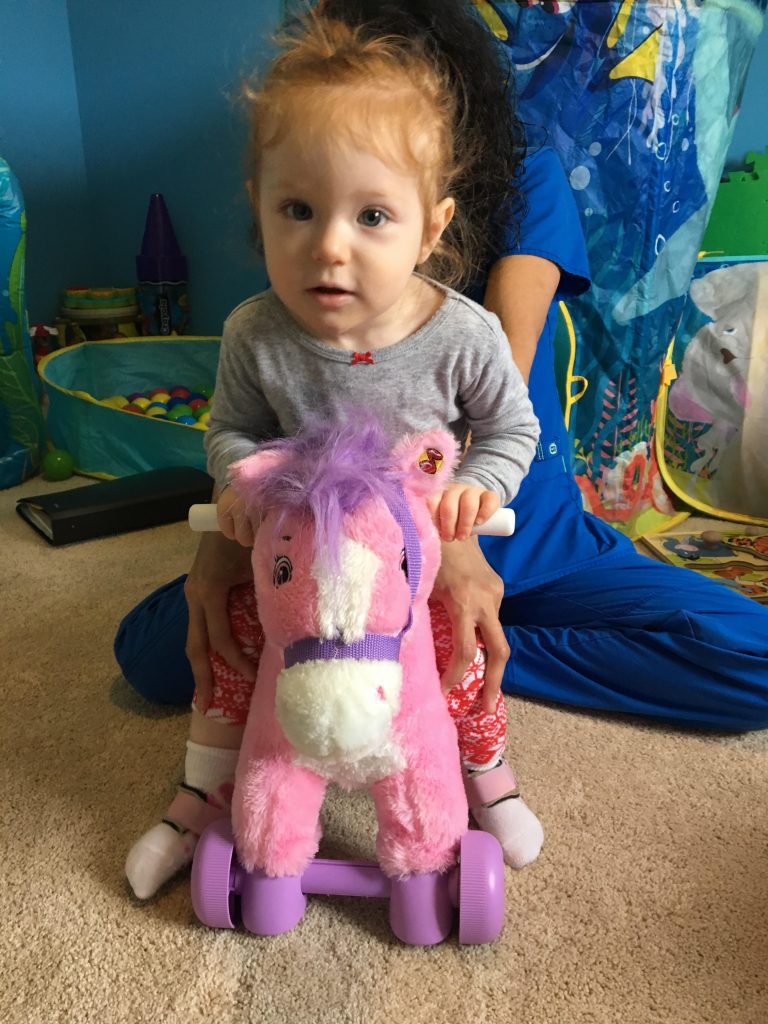 We were able to get in to see a pediatric neurologist within a few weeks and were anxious about this doctor’s thoughts. After meeting with her, we decided to do a basic genetic test (mouth swab), a round of several blood tests and scheduled the MRI. We were thrilled when all blood and genetic tests came back just fine – but still wondered what could be causing the hypotonia. In late August, our one year old baby girl had an MRI – which was probably more of a terrifying thought for me, than it ever would be for her. The results of the MRI came back abnormal – so we were called back to the neurologists’ office to review. I was shaking trying to mentally prepare myself for the “answer” we had been waiting for as we walked into the neurologist’s office that morning. What was going to be the diagnosis? Is Addy always going to be this way – or is there a fix? When the doctor walked into the room – and said “well the results came back normal” we were REALLY confused – and I had to explain to the doctor that her nurse had told us something came back abnormal. We sat there for minutes (which seemed like hours) while she went to talk with the nurse and review our file, as she was unprepared before she came in initially. She then came back and said she needed to refer us to a doctor at Riley Children’s Hospital in Indianapolis, as she needed this doctor’s expertise in what the results of the MRI meant. We were then informed that it would be nearly 6 months before we could get in to see this doctor.

In between that appointment and our appoitnemnt at Riley, we were able to get in with two different developmental pediatricians that offered differing feedback. One left us with the words of, “Adalynn will probably live a normal life and have a family – her social demeanor will get her far in life.” The other sent us on a whirlwind of testing after she expressed concerns for Addy’s hearing (something we never had a concern about) and told us that Addy may or may not walk or talk someday.

After a long 6 month wait, we saw the neurologist at Riley who suggested that we do a full panel blood test – and also draw blood from me and my husband to see if there was anything genetically tied to us. They did say that this test would take about 2 months to get the results back – and by this time we were used to waiting around so we sat back and tried to live life to the fullest until we heard back. 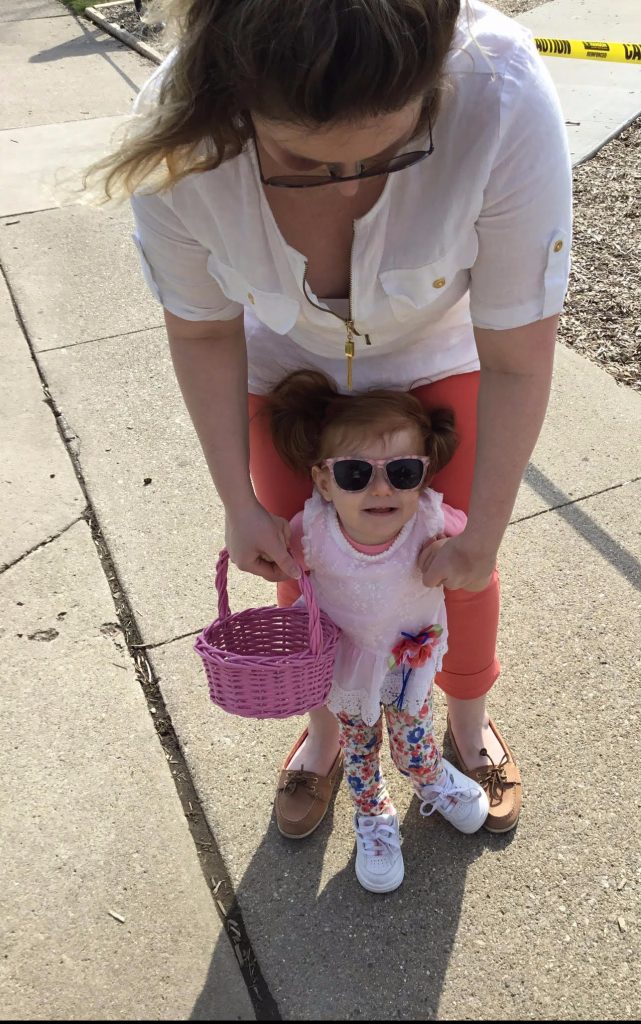 In mid-February, I received a call on my cell phone from our doctor’s genetic counselor that they received the results back from the blood test and that they had a diagnosis. “Adalynn has tested positive for a GNAO1 related disorder.” We had no clue what that meant – and I spent nights crying myself to sleep after reading brief information that I Google’ed online. After meeting with the genetic counselor and the doctor to discuss the rare condition that Addy has been diagnosed with – we were a mix of emotions. Happy that we have a diagnosis, confused about what it means, frustrated that we have no clue about what Addy’s future holds with her development, so blessed that we have a beautiful, motivated little girl who just wants to do anything and everything in life, and fearful about how we will provide what Addy needs when there are minimal doctors in the country (or even the world) that have experience with this rare disorder than only about 30 people have been diagnosed with in the world. They explained that they weren’t really sure what Addy’s outlook will be for the future. She could have seizures, she could not. She does seem to have the movement disorders associated with some GNAO1 diagnoses, and if medication needs to be provided down the road, we could explore that. Provide her with as much therapy and as many experiences as possible was the overall “go forward” from the meeting.  If God has blessed me with one personality trait (that I’m pretty sure was passed on to Addy), its determination. I’m determined to research, connect, and find every resource available to make our baby girl’s life a better one. We’ll do everything we can to provide the best life for Addy.