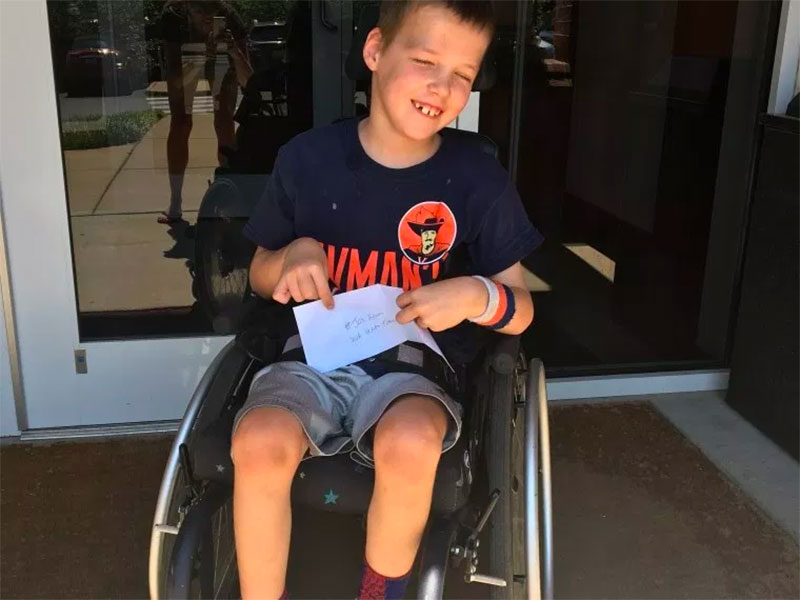 Charlottesville, VA – The Bow Foundation today announced a grant of $50,000 to the University of Virginia School of Medicine to fund research into a rare genetic disorder with no common name.

The cutting-edge project will be led by Michael McConnell, PhD, and will study GNAO1 gene mutations. Roughly 50 children worldwide are impacted by a GNAO1 disorder. Children with the disease suffer from severe developmental delays, seizures, and movement disorders.

“We are honored and excited to be able support this great project at the University of Virginia,” Bow Foundation Co-Chairs Emily Bell and Alice Fox said in a statement. “Dr. McConnell’s research will help pave the way to a brighter future for children like ours who are impacted by a GNAO1 disorder. We look forward to gaining new insights and funding additional studies as we work to increase GNAO1 awareness and change lives.”

McConnell, of UVA’s Department of Biochemistry and Molecular Genetics, is a leader in precision medicine. His work is focused on unlocking the potential of stem cell therapy to deliver care for patients with genetic-based diseases. McConnell utilizes a technique that takes tiny skin samples and creates pluripotent stem cells (iPSCs), which in turn can be developed into neurons for further study. His research has the potential to increase understanding of genetic disorders and may ultimately lead to new or better treatments.

“I’m thrilled that we are able to team with the Bow Foundation to do this important work. Scientists using pluripotent stem cells have made a number of exciting new discoveries in neurological disorders over the past few years,” McConnell said. “GNAO1 patient advocacy has been essential to bringing cutting-edge science to this rare disorder.”

The Bow Foundation is dedicated to supporting GNAO1 families through enhanced research and increased awareness. The foundation was launched in April of 2017 by two families who have children with a GNAO1 disorder. Visit www.BowFoundation.org to learn more or donate.